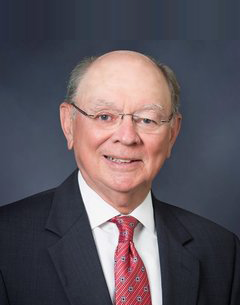 Michael Inman is a partner at Inman & Strickler focusing his practice in the areas of Community Association/Condominium Law, Real Estate and Business Law. He has been in practice since 1973. Mr. Inman was selected for membership in the College of Community Association Lawyers in 2008. He was named a Virginia Super Lawyer and also named to the Legal Elite in Real Estate Law by Virginia Business Magazine. Mr. Inman was reappointed to the Virginia Beach Planning Commission to serve a second 4 year term beginning January 1, 2018. He serves on the Advisory Board for the Center for Real Estate and Economic Development at Old Dominion University. For a number of years, he co-authored a column on community association issues which appeared in the Virginian-Pilot. Since 2012 he has co-authored a chapter on common interest communities in Real Estate Transactions in Virginia published by the Virginia State Bar. He currently serves on the Board of Directors of Virginia Beach Vision, a group of business leaders who focus on the future of the City.

Mr. Inman received his undergraduate and law degrees from the College of William & Mary, where he earned the distinction of membership in Omicron Delta Kappa and contributed to the William & Mary Law Review. He served as a Captain in the U.S. Army Reserve from 1968-1973. He served on the founding Board of Directors of Seton Youth Shelters, a counseling center and shelter for at risk youth beginning in 1985 and retired from the board in 2018, having served as Chairman for a number of years.

You may send Mr. Inman an email at mainman@inmanstrickler.com.